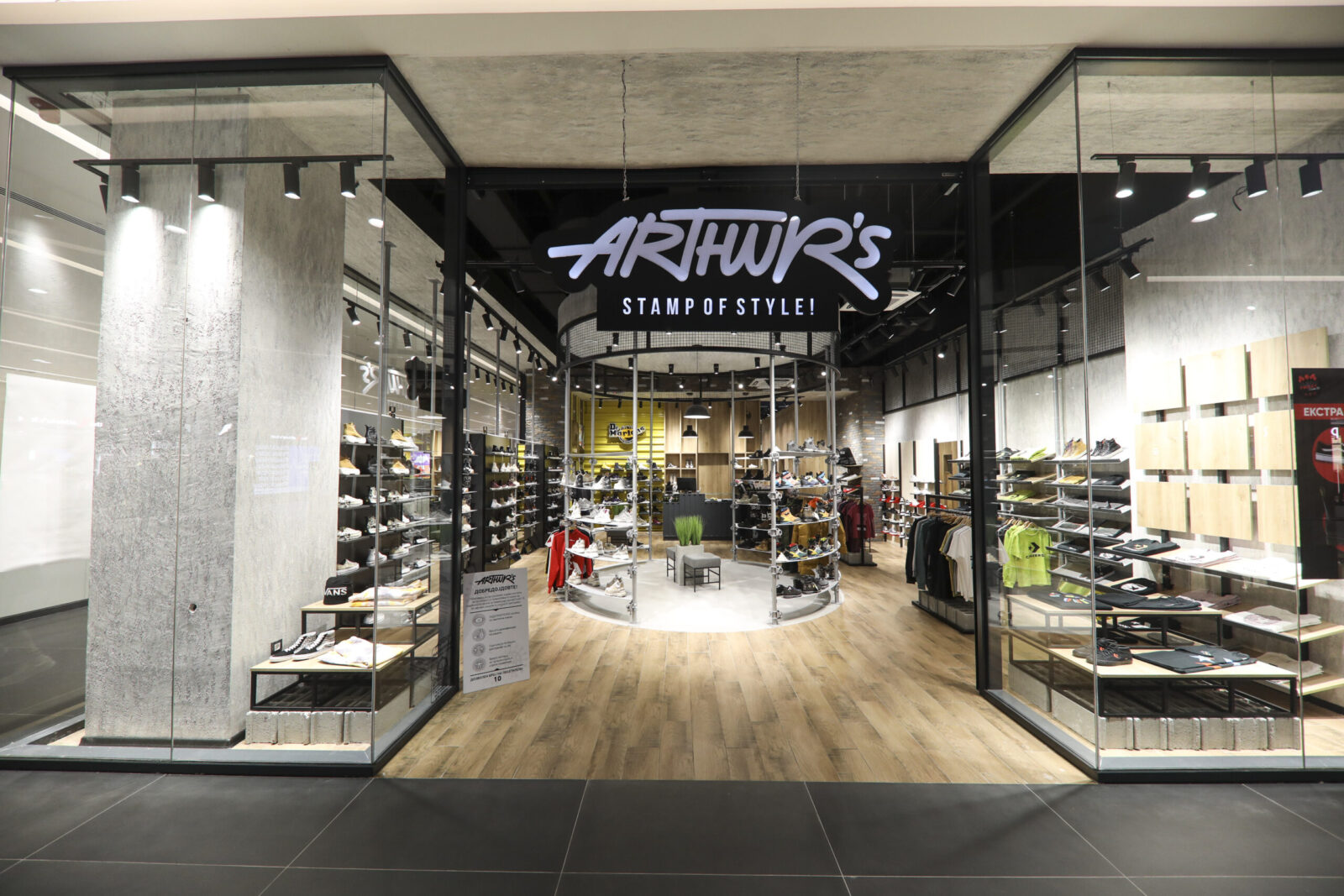 ARTHUR’S is an exclusive importer of sneakers and shoes from the world brands CONVERSE, VANS, Dr.Martens, LOMER, COPERMINER and ARENA.

With a history dating back to 1991, ARTHUR’S starts its work in Skopje importing world famous brands: Converse, Nike and Reebok.
Sales are steadily increasing as a result of the huge interest in sports equipment being promoted in that period. The following year, 1992, ARTHUR’S became the exclusive distributor for the English brand Dr. Martens.
The great variety of shoes and boots contributes to the rapid expansion of the brand on the territory of Macedonia, thus raising ARTHUR’S among the best importers for this type of clothing and equipment in the country. During the years of its development, ARTHUR’S opens three stores for sports equipment on the territory of the city of Skopje and expands the import of equipment from other manufacturers such as: Speedo and Arena.
In 2001, ARTHUR’S became the exclusive distributor of the Italian fashion house Phard for the territory of Kosovo, and then Miss Sixty and ENERGIE joined the large family of international brands sold in the stores of.
In addition to the brands Converse, Dr. Martens, Lytos and Arena, ARTHUR’S has become an exclusive distributor in Macedonia for FILA and PUMA.

Later, the COPPERMINER brands for the Italian LOMER, intended for the fans of adventure sports, as well as the English BUFFALO LONDON for the fans of the modern shoes become part of the product range.

The main goal of ARTHUR’S is to discover and satisfy the needs primarily of the consumers, offering original and quality footwear, following the latest trends and bringing the most attractive models.